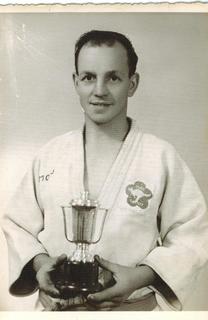 In SA “Mossy” became better known for his instruction in karate which we assume he began teaching in the very early 1960’s which made him the first to teach both Judo and Karate in the state. It was pointed out in an article that Moss was a 3rd Dan in 1963.
Like many of the pioneer instructors of the time he would often train with the Japanese merchants visiting our shores who had trained in martial arts and later taking on aspects of kickboxing. He continued teaching his tough style of fighting for 30 years and through this he naturally also became familiar with healing through muscular and skeletal manipulation. He wrote many pages on strategies and philosophies as well, printing up coaching and player rules etc. Many would say that “Mossy was ahead of his time” and was open to anything that worked.

David Fitzgerald speaks of the time he did his Blackbelt grading. Moss had just set up the night without warning and said something along the lines of “see that Blackbelt in the corner of the ring, do you think you deserve it?” standing in front of it Moss beckoned him to come and get it.
Karol Stojko as a young lad was challenged by Moss to step on the mat with a huge ugly guy with a scarred and battered face and bent nose. It was intimidating at the time but Moss pointed out that the guy couldn’t be that good, “look at his face”. Everyone spoke of his humorous nature. Others tell of the early days when the floor would just have old mattresses to breakfall on.

From all I have spoken to he had inspired all to have a go and be real about their training. The little Pom made a great impression in SA and many can account their lineage to his students, many of them well known martial artists such as John Van Weenan, David Crook, Karol Stojko and several Judokas. Many of his family in England knew little of his time in Australia but through correspondence with grandson Richard Hollis we are slowly putting Moss’s timeline together. 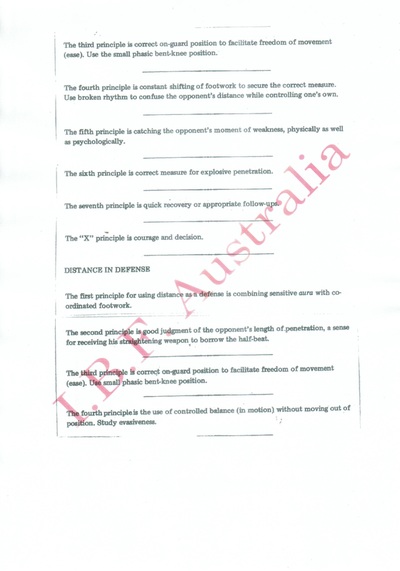 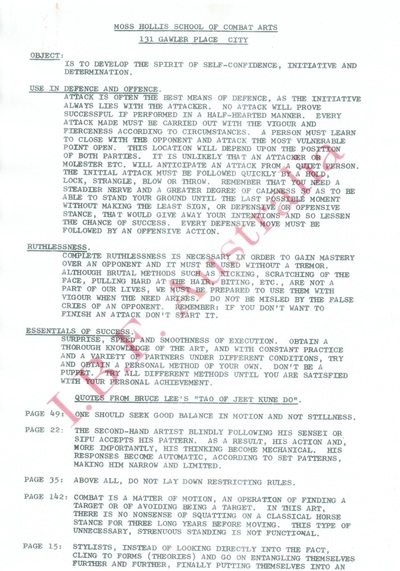 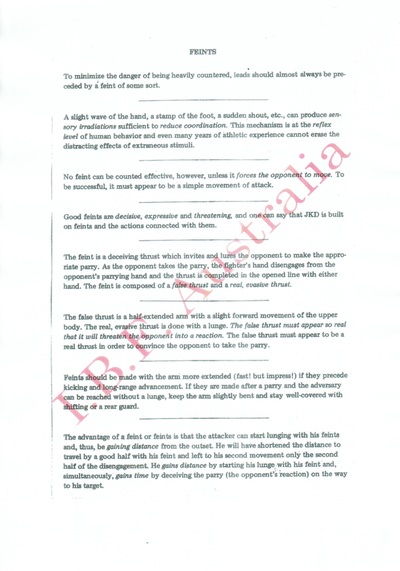 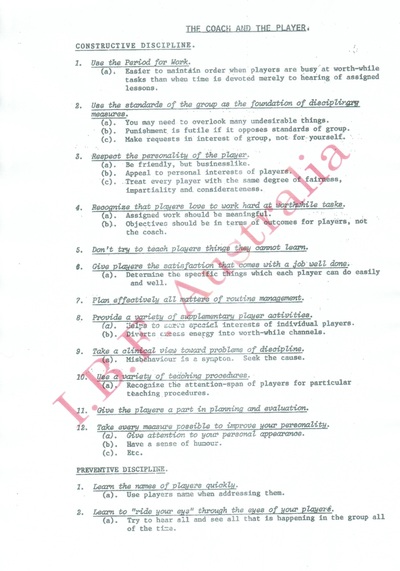 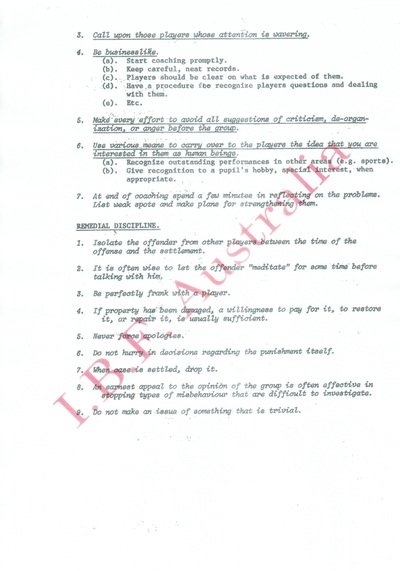 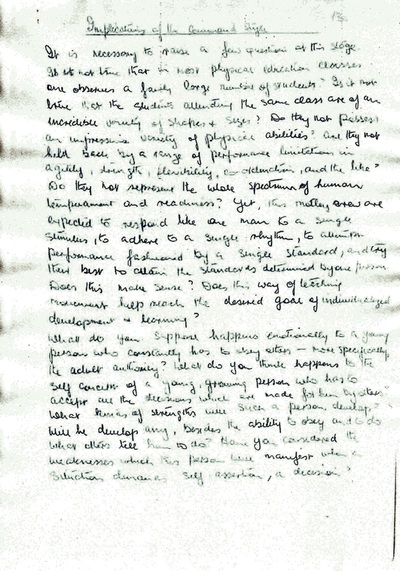 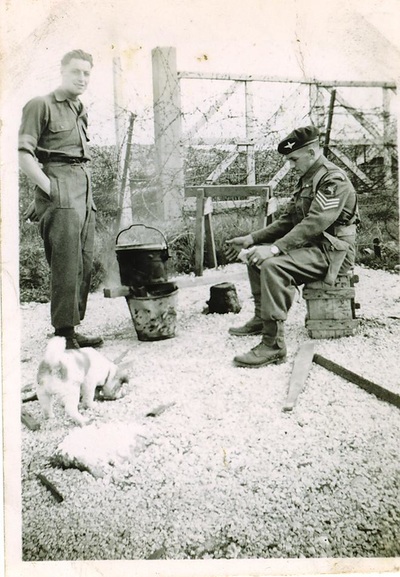 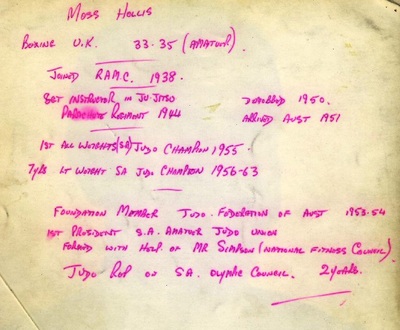 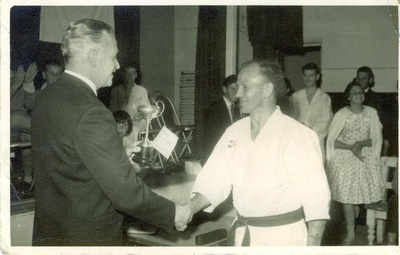 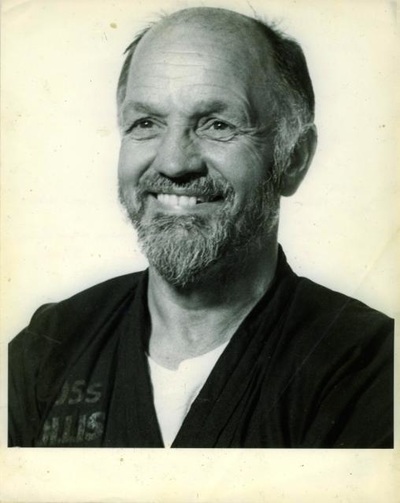 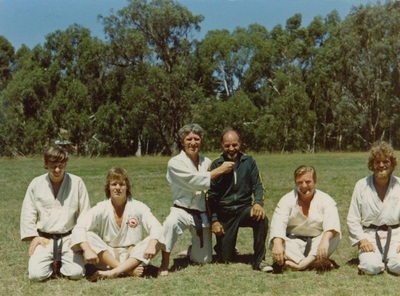 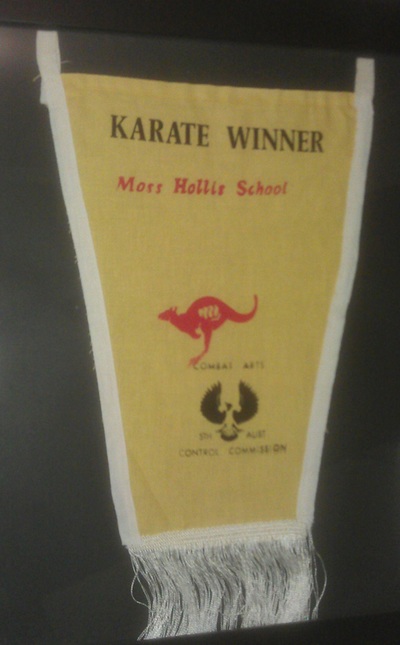 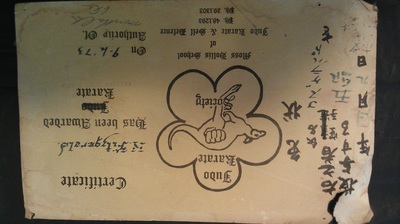 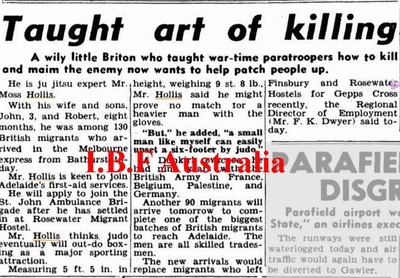 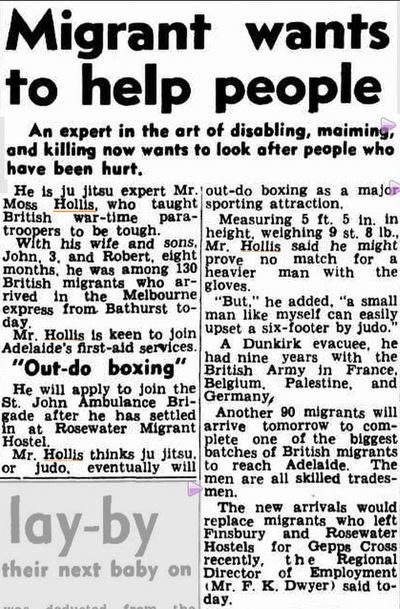 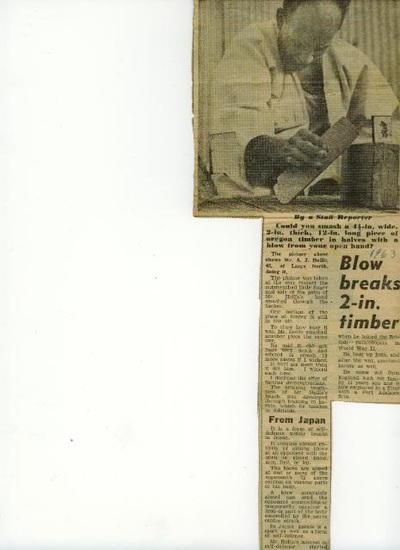 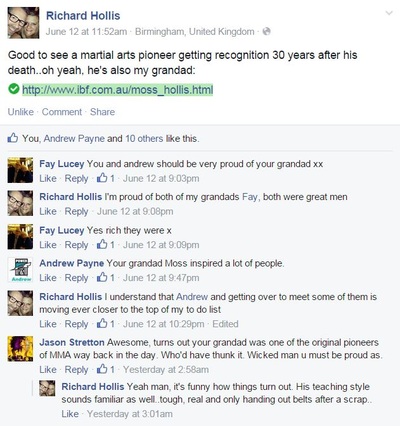